In ancient Greek, every gladiator has a signature weapon he wields skillfully for offence and defence. It was a battle not just for survival, but also for glory. Kelvin Okafor’s weapon is the pencil; little yet powerful. He has been able to master the craft of creating hyper-realistic portrait with one of the most common and insignificant tools we once used back in nursery school – that’s the PENCIL.

The way he captures his subject makes him a typical example of a human camera. His works are detailed with a certain level of precision that it can be mistaken for an actual photograph.

Kelvin’s art was actually the first Hyper-realism art-work I have ever seen in my life in the year 2014; let’s say he’s part of the reason I came back to art. According to him he would have comfortably worked with any medium but he developed keen interest for pencils. Why the interest in pencils? We’re soon going to find out.

For those who are just hearing about “hyper-realism” for the first time, I won’t have to explain, I can only show you:

Meet Kelvin Okafor, a Nigerian Artist based in the United Kingdom. Born on the 1st of November, 1985. His passion for creativity fuelled his desire to study Art and Design at City & Guilds – London Art School in the year 2005, after which he did a graduate program at Middlesex University and acquired B.A. Honours in Fine Art, the year 2006 to 2009.

Kelvin has won multiple art awards over the years. He won the Catherine petigas visitors Choice prize and was also granted the honour to represent the National Open Art Competition at the science London museum, from January 31st to February 3, 2013.

Me: Why did you choose pencil as your medium?

Kelvin Okafor: I feel the medium of pencils chose me very early on in life. I was eight years old when I vividly remember having a love and fascination for drawing with pencils. How one shade of lead can create vast amounts of tones and textures, producing an illusion of colour and depth inspired me greatly. From that age of discovery I’ve never stopped utilizing the humble instrument.

Me: Where does your inspiration come from?

Kelvin Okafor: Artistically and as a person, my inspiration comes from within. It’s quite difficult to explain it conceptually as there isn’t tangible evidence of where it’s coming from. A predominate amount of my ideas come from vivid dreams. A visual appearance of a subject form seen in a dream inspires me to interpret the image in physical form. As a result, I find my muse and capture an expression depicted in my dream and seen by my minds eye.

Me: What is the best part about working with pencils?

Kelvin Okafor: The best part about working with pencils is the meditative feeling it arouses. It becomes quite a spiritual practice where space and time becomes nonexistent. I become fully present in the moment and allow the flow of creativity to conduct my actions.

Me: How do you choose the subject of your art?

Kelvin Okafor: The subject of my art chooses me. I don’t go out of my way to find a subject to draw, it usually just appears before me in the moment. Whether that be in a dream, at the park or anywhere during my daily commutes. Depending on how I feel internally/emotionally, the subject form which is in alignment with how I feel becomes apparent and then a selection is made.

Me: Most of your artworks are portrait, what triggered your passion for portraiture?

Kelvin Okafor: My passion for portraiture was triggered from my earliest interactions with people. When I was a child I would randomly and quite bluntly ask people questions like what do you see when you close your eyes, why do tears fall when we cry, and what makes you smile. I have always been deeply intrigued by the human expression. I felt that by the way people expressed themselves through the expressions made on their faces and the movement of their body language, a unique story and perception of life can be shared and which in turn could enlighten/inspire someone. And that someone was certainly me.

Me: When drawing a portrait, do you make use of grid lines?

Kelvin Okafor: No. All my portrait drawings are made by freehand.

Me: What kind of shading techniques do you adopt when creating a portrait?

Kelvin Okafor: The kind of shading techniques adopted are methods created by trial and error. So whether it was accidentally smudging over work with my fingers or finding a soft cloth to blend tones. I ended up seeing the effect it made and how I could use it to aid in my blending technique.

Me: What do you believe is the key element in creating a good pencil portrait?

Kelvin Okafor: A key element in creating a good pencil portrait is first understanding tonal values. It doesnt matter how detailed or precise a portrait might appear, if the tonal values dont appear natural, it could hinder the realisation of form and expression depicted in the subject. A good understanding of tonal values in pencil portraits also creates the illusion of photographic realism. The work will appear lifelike and to some degree, more responsive emotionally to a viewer.

Me: How long does it take you to finish your work?

Me: How has your style changed over the years?

Kelvin Okafor: Over the years my style has changed in very subtle ways. Practice makes progression so the technical side of my artistry has been refined to a greater degree from when I first picked up a pencil. My ideas has evolved as I have evolved as person so as a result the nature of my work now will reflect the nature of my being – mind, body and spirit.

Me: What is your greatest challenge?

Kelvin Okafor: My greatest challenge is the one challenge that happens to recur involuntarily. That is the human mind. A lot of ego can be found in the mind. As much as it is a blessing it is also curse especially when trying to live out your hearts truest desires. From birth our minds have been conditioned by the world. It then becomes quite difficult to unravel the conditioning as you develop as a person. But we are a constant work in progress so we must be able to live with some challenges as they will help us grow.

Me: How do you handle critics?

Kelvin Okafor: I handle critics by accepting that they are fully entitled to their opinion. Art is an expression which is, and should be, open to interpretation. An artist should have the freedom to create whatever he or she feels within them. If they decide to share their creation publicly they should also be open for what the world shares in return.

Me: Do you have any mentor?

Kelvin Okafor: Yes I do! I have several mentors who are close friends and family.

Me: What advice do you have for upcoming Artists following your footstep?

Kelvin Okafor: Create more of what you feel oppose to what you think. It’s important for an artist to create whatever they feel inside their hearts and not be discouraged by the opinions of others – which is usually that limiting voice in our heads. Thinking too much hinders you from organically expressing your truth. There are no mistakes in art so one should not be afraid to express how they feel.
I also recommend that artists submit their art into Open Exhibitions. It gives the artist an opportunity to showcase their art tangibly to a viewing public and also the possibility of having a breakthrough as I did in 2013 after winning multiple awards.

To many of us, art is just a hobby; for some, it’s business; but for kelvin it’s more of an emotional and spiritual exercise. The humongous explosion of his fame for hyper-realism was because he was able to connect to his art piece to the extent it became an extension of himself. If it doesn’t come from your heart, then it can’t touch people’s heart. Be inspired!

How to make a living as an artist online 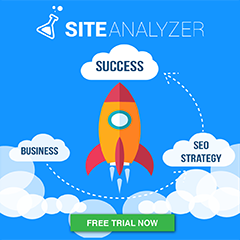 Get good offers on jumia

Get a Nice drawing display easel for 7000 only no more